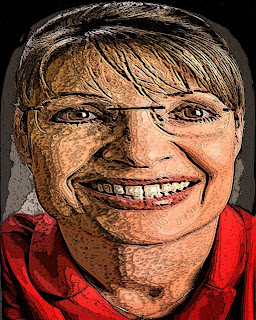 She believes homosexuality is a perversion that can be “cured” through the power of prayer. The belief not only flies in the face of conventional wisdom, but medical science as well. Not even right-wing conservative Vice President Dick Chaney believes that. Oh, right, his daughter is gay. Maybe he can set Palin straight.
Posted by pugetopolis at 1:36 PM