The Snarkster Sorta Waited for the Lizard King, But Then He Up and Died...Well, Maybe... 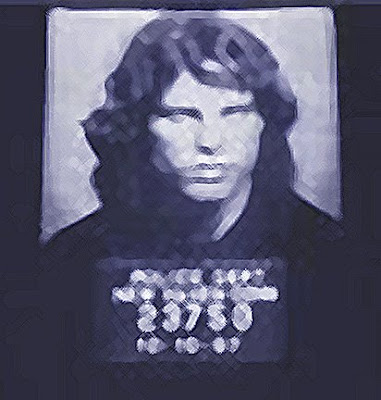 A few months ago, TS received an email from "Dennis," who insisted that Jim Morrison is alive and well and living in Oregon as a cowboy. He gave an email address that took TS to a page that sells western wear (?). This URL will not be revealed here because of pop-ups and other funky stuff. But if you're persistent, Google and you shall find.

Morrison as a cowboy? Somehow, it doesn't quite fit the Lizard King rockstar persona.

Ladies, go home. Go back to your balding and pot-bellied boomer husbands; even if God Morrison were still alive, he, too, would exhibit the ravages of age.

Jim Morrison is Alive and Well and Living in Oregon!!!!!

Jim is raising horses in the Pacific Northwest. Jim Morrison's agent and producer Gerald Pitts has exclusive rights to Jim's images in still, motion, and likeness and audio. RodeosWest.com.