The Snarkster Tries to Understand the Motives of the Internet Troll But Simply Ends Up Scratching Her Head... 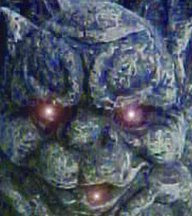 So what is The Internet Troll?

Note that TS does NOT include "controversial" information in this definition. Although controversial statements can be debated and even denounced, they are not necessarily libelous. In fact, controversy is the vital cornerstone of a true democracy and an important tool of the whistle blower.

Without using internet dictionaries and encyclopedias, The Snarkster will delineate among Troll types and explain the common characteristics of Internet Trolls. She will not name specific Trolls, preferring to focus on the general as opposed to the specific Troll.

TS will then compare her homespun definition with Wikipedia's.

If you, dear readers, have any anything to add to Trollology, let TS know, and she will add to this to the body of knowledge, which is, unfortunately, based on personal experience.

For the sake of clarity, The Snarkster will refer to the Troll as "he," simply because women tend to act out in sneakier ways. However, TS does not entirely dismiss the possibility and even probability of vicious female Trolls and actually remembers one who, years ago, trolled at a major commercial writing forum.

Newbie or "Noob" Troll. A regular member who, at some perceived slight or disagreement with admin or other members, morphs into a Troll and starts posting targeted vitriol (name calling and potential libel) toward specific members or admin. Occasionally, with patience and reasoning by admin and members, the Noob Troll can be nudged back to "regular member" status. In some more restrictive forums, this member never gets the chance and is often banned outright.

The Professional Troll. This Troll will often join a forum for the express purpose of inciting a cyber-riot among other members and disrupting the forum with libelous accusations that are totally unrelated to the topic of the forum. The Pro Troll's entire purpose seems to consist of joining forums that are at least tangentially related to his interests. In other words, The Pro Troll writer is not likely to join a NASCAR forum, unless he also happens to be interested in NASCAR racing. The Pro is obsessed with some aspect of the forum--perhaps a specific member or admin--although his specific disagreements are often puzzling and directed to everyone associated with the forum, even toward those who disagree with each other. No one is exempt from his spew.

What makes the Pro Troll so insidious is his apparent reasonableness at the beginning of his membership. In his opening posts, while he often publicly disagrees with the culture of the forum, he does not really raise red flags and may even skirt the attention of admin.

But his posts quickly escalate into inflammatory statements about other members that verge on libel, but not quite, more of the "Your-mother-wears-Army-boots" variety. At this point, in most forums, the Pro Troll and his IP are banned, either temporarily (with a warning) or permanently.

If he's allowed to remain, TS suspects that he's checking out the posting habits of admin to see when he/she is offline. Meanwhile, he gets into a tussle with another member, which may escalate into Trolldom, at least temporarily (this other member may simply be overreacting to the Troll and, given a chance, often reverts back to regular human being).

Then the Troll Pro pounces. Waiting until admin is offline, he bombs the forum with extremely libelous statements (poorly written and inarticulate), usually targeted toward one or two specific members. He focuses on members who are not anonymous and attaches their full names and cities to the accusations. He threatens to email their bosses "with proof." He often accuses these members of horrific crimes, such as molestation or even murder. He offers no proof, however, and when asked, simply skirts the question, just to say he "has proof." At this point, admin is likely to ban him and his IP permanently.

However, by this time, the damage has been done, and after banning the Troll, admin must delete the libelous statements, especially when the libeled members request deletion. (When this happens, the owner of the forum is legally obligated to remove the libelous statements or face possible litigation). Unfortunately, The Pro Troll has totally bombed the forum with these statements and finding and deleting them takes some time. Often, other members will help admin root them out.

But, exactly what is "libel"? See here for a broad-based definition of this often misused term.

Characteristics of the Pro Troll:

An Internet troll, or simply troll in Internet slang, is someone who posts controversial and irrelevant or off-topic messages in an online community, such as an online discussion forum or chat room, with the intention of provoking other users into an emotional response or to generally disrupt normal on-topic discussion.

The Snarkster has one question: Why bother creating and maintaining a forum if introducing controversy is considered "trolling"?

Application of the term troll is highly subjective. Some readers may characterize a post as trolling, while others may regard the same post as a legitimate contribution to the discussion, even if controversial. The term is often used to discredit an opposing position, or its proponent, by argument fallacy ad hominem.

Often, calling someone a troll makes assumptions about a writer's motives. Regardless of the circumstances, controversial posts may attract a particularly strong response from those unfamiliar with the robust dialogue found in some online, rather than physical, communities. Experienced participants in online forums know that the most effective way to discourage a troll is usually to ignore him or her, because responding tends to encourage trolls to continue disruptive posts — hence the often-seen warning: "Please do not feed the trolls."

Frequently, someone who has been labelled a troll by a group may seek to redeem their reputation by discrediting their opponents, for example by claiming that other members of the group are closed-minded, conspirators, or trolls themselves.

The Snarkster's definition is probably a bit more focused toward the outrageous than Wikipedia's, which suggests a more broad definition for a plethora of "unpleasant" online behaviors.

It seems that every forum offers its unique culture and tolerance levels; at Poets.net, we value freedom of expression and controversial viewpoints. Still, the type of Internet Troll as defined by TS does not invite intellectual discussion but simply disrupts and libels (for no good reason) and so must be banned.

The Professional Troll is more interested in ruining a person's reputation than in engaging in lively online discussions.

By the way, for all Pro Trolls, here's a place for you:

...If you're here with fresh hate in your heart because you just got banned and want to lash out at the assholes who exploded the ban bomb on you or if you're just sick of the ludicrous drama surrounding most online forums and want a place to crash where no one gives a fuck what you do, go register (it's free!) to join the largest assemblage of trolls, flamers, asshats and douche bags on the planet.

To a very specific Pro Troll:

Man, if you can't find a home at They Banned Me, then you are truly hopeless, fuckwad (one of their favorite words--you'll love their level of articulation).

A Brief History of Internet Trolls